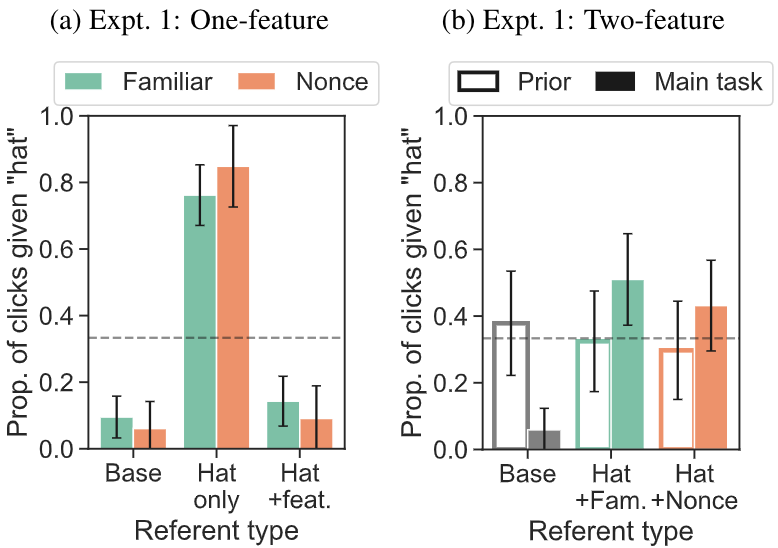 Scalar implicatures, one of the signatures of pragmatic reasoning, are believed to arise from competing alternative utterances, which the listener knows that the speaker could have used to express a strengthened meaning. But do scalar implicatures also arise in the presence of nonce objects, for which no alternative name is known? We conduct a series of experiments assessing the degree of scalar strengthening driven by familiar and nonce objects. We find that nonce objects can derive scalar implicatures as strongly as familiar objects in simple reference games. Our experiments also reveal an asymmetry in the relative strengths of familiar- and nonce-driven inferences: relative to the prior, participants preferentially interpret the name of a shared feature as referring to an object with an additional nonce feature over an object with an additional familiar feature, suggesting that familiar alternatives exert greater scalar pressure than nonce alternatives. We also present exploratory model simulations suggesting that our results may be explained by rationally reasoning about a high-cost description of the novel object. Our findings support the idea that novel lexical entries may be generated from one-shot encounters and spontaneously used in pragmatic inference.